Today’s special topic is Understanding Obesity in terms of allopathy and Ayurveda. Ayurveda, the ancient Indian scientific system of medicine basically means ‘science of life’.  Charak , one of the founding father of Ayurveda, in his valuable medical treatise Charaka Samhita defines it as that which “is named the science of life (Ayurveda), wherein it is laid down and the bad life, the happy and the unhappy life, and what is wholesome what is unwholesome in relation to life, as also the measure of life.” —this definition sees Ayurveda as not only a medical tradition to cure diseases but as a guideline to a way of life which when adhered to could deter many problems from occurring in the first place.

The Western Medicine also known as the Modern or Allopathic Medicine tradition on the other works on the principle of treating symptoms once the illness takes hold. Medicines and surgeries work on the principle of ‘disease care’ rather than on preventative options. Many a time the side effects and risks of the allopathic procedures are almost as bad as the problem they rectify.

Of the many health and lifestyle problems that a modern man or woman faces obesity is proving to be an extremely dangerous one as it is not only a problem in itself but its onset paves the way for many other serious health conditions such as diabetes, gallbladder diseases, breathing disorders, high cholesterol, increased risk of cardiac arrest to name just a few.

Processed food, sugar loaded drinks, oily snacks, fast food from take aways, inadequate sleep, and hectic schedules with no time for sports or exercise are the unsavoury accompaniments of the modern lifestyle and unfortunately leave the way wide open for weight gain. In order to choose the most effective method to battle obesity it is necessary to understand the disorder from the point of view of both modern medicine as well as Ayurveda.

When there is an excessive or abnormal accumulation of fat in the body which might create ripe conditions for health risk a person is said to suffer from obesity. A basic means of calculating it is through Body Mass Index or BMI. In this method a person’s weight is divided by the square of his or her height. Someone with BMI of equal or more than 25 is considered obese, whereas BMI of over 30 is obese. 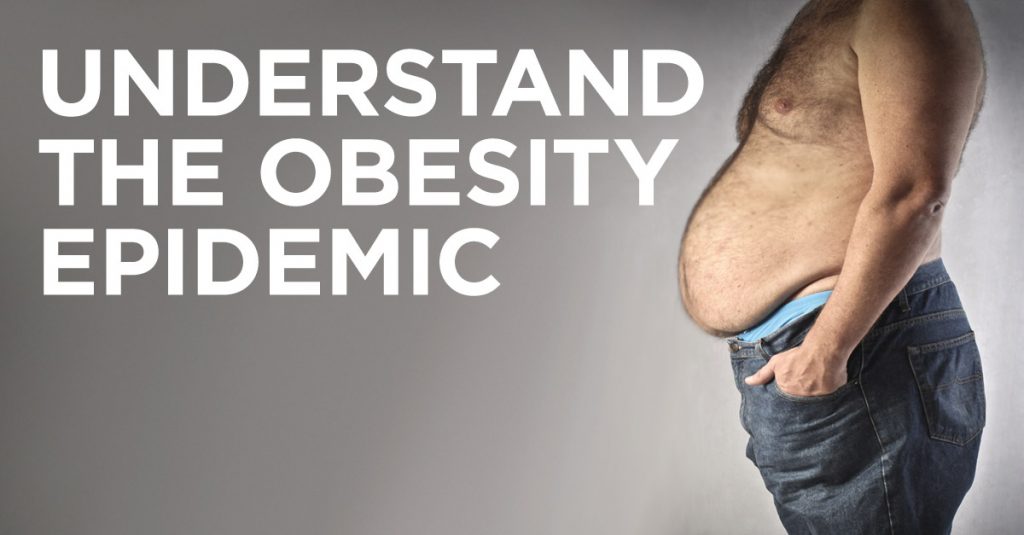 The term obese and overweight are used interchangeably however there is a subtle difference between the two. To be overweight as the name suggests is a condition in which the person weighs more than what is healthy, whereas obesity is the excessive fat in the body.

Insomnia, breathlessness, inability to indulge in physically strenuous task, excessive tiredness, snoring, and excessive sweating are some of the immediate effects of excessive weight. Besides these, obesity can lead to other health complications over a period of time. Some of which are-

Allopathic obesity treatments aim at reducing the excess fat and maintaining healthy body weight. They attempt to bring about this change through a variety of methods, some of which are discussed below.

Proper Diet: First thing to do when attempting to reduce weight is to control and regulate one’s food intake. This includes taking a balanced diet of low fat, nutritious and fibre rich diet in a timely manner, eating small regular meals, staying away from canned or processed or fried, sugar rich food.

Counselling and Support Groups: Losing weight requires a through change in ones eating habits and lifestyle which requires sustained commitments and determination. Proper counselling, a ‘can do’ attitude and support group of other people in the same situation can be extremely helpful.

Surgical Procedures to Reduce Weight: Surgical procedures are resorted to when other methods of controlling weight prove to be ineffective. These surgeries work by reducing the amount of food one is able to consume and decreases absorption of food and or calories. Bariatric surgery, vagal nerve blockade, gastric bypass surgery, laparoscopic adjustable gastric banding (LAGB), biliopancreatic diversion with duodenal switch, gastric sleeve are some of the surgical procedure used to reduce weight. In such procedures the size of the stomach is reduced thus limiting the quantity of food that can be consumed. All these procedure are high risk.

The Ayurvedic Approach for understanding obesity

Definition of obesity in the Ayurvedic tradition

Charaka describe obesity or medoroga or sthaulya as one of the eight types of non-desirable condition that plague the human body. It is a type of Santarpanottha Vikar caused by excessive nourishment. Acharya Charaka had termed sthaulya as a rich man’s disease.

Imbalance between the seven dhatus

According to Ayurveda Human body is made up of 7 biological components or dhatu namely maans or muscle, meda or fat, bones also known as asthi, blood or rakta, lymph or rasa, majja or the nervous system and reproductive system or shukra. As with everything else when there is an imbalance between these components it leads to disruption of normal bodily functions. Excess production of meda dhatu or tissues that is responsible for fat production leads to corpulence.

The lack of equilibrium between the Vata (space-air), Pitta (fire-water), and Kapha (earth-water) doshas in the body, with an excessive accumulation of Kapha dosha which tends to be cold, slow, dense, moist, sticky, heavy in nature can lead to corpulence. Kapha is responsible for proper lubrication of the body and for the production of the 7 dhatu which make up the human body. In a normal state it is responsible for adequate nourishment of the dhatu, replacing the damaged and the dead ones.

In a state of aggravation extra Kapha energy leads to production of toxins which are heavy – dense and prone to accumulation in the communication channels of the body which cause blockages. When these toxins or ama accumulate in the Medovahi Strotas or the fat channels there is a greater production of fat tissues or the meda dhatu, which leads weight gain. Over indulging in sweet, salty, oily or fried high carb food items  , processed foods, high fat content foods like butter, ghee, cheese, cream, full fat milk or  yogurt, cream, chocolate , inadequate exercise, excessive sleep are some of the factors that lead to immoderate production of Kapha dosha.

Disruption in the Agni or the Digestive Ability

Ayurvedic word for digestion and metabolism is agni, loosely translated as fire, the metabolic agni has the ability to transform the consumed food into useful nutrients which can be used by the body and the waste product are discarded. It is these nutrients that create the seven bodily  dhatu.

Improper eating habits, skewed sleeping patterns, and inadequate exercise disrupt the smooth functioning of the digestive fire, leading to an increase in toxins or ama in the body which then clog the shrotas which are the body’s channels of communication thereby disrupting the formation of tissues/ dhatu. The poorly formed tissue / dhatu causes misbalanced Kapha dosha and an increase in production of the fat tissue – meda dhatu.

Ama (toxin) clogged shrotas disrupt the natural flow of the Vata dosha which ends up fanning the agni or the digestive fire, leading to voracious appetite within the individual that naturally leads to corpulence.

Some other nidana or causative factors of Sthaulya are

Besides these modern studies in the discipline of Ayurveda have shown that people suffering from Medoroga are at a risk of developing Hridroga or cardiovascular heart diseases as well.

The following asanas are exceptionally helpful in weight reduction

Being aware of breath helps one be aware of the disturbance, the negativity of the mind. Bhasrikais a very powerful Pranayama strengthens digestion, heart and lungs and calms the mind.

Both Western medicine and the Ayurvedic approach have many points that overlap. However on comparison Ayurveda adopts a more holistic approach towards reducing obesity by cleansing the body and improving constitution through exercise, herbs, and restoring equilibrium in the body. The western methods rely on surgeries, exercise, diet, and pills out of which surgery and the pills option are risky, have many long term side effects, and are not long lasting.

Discontinuation of pills brings back the lost weight and the effects of surgery may erode over time well. Ayurveda on the other hand attempts to bring about a permanent change by restoring the balance in the body and bringing about a life style change which promises to be more permanent. It is important to carefully weigh the pro and cons of both the medical tradition before deciding on the course to combat obesity. Make the best decision to become the best version of you.