Theayurveda
Home Ayurveda Treatment of Kidney failure in a natural way
Share
Facebook
Twitter
Pinterest
WhatsApp
ReddIt
Terming kidney failure as a disease would be an understatement as it is something that toll of one’s life. Kidney failure which is most of the cases is a permanent disease is also known as end-stage disease.
Human beings all around the world spent a lot of money get the cure kidney failure; though some are capable enough of getting expensive treatment and dialysis others put their hope on the medications. The problem has become so common these days that you can every other person suffering from it, especially the elders.
Kidney failure is very much common among the adults and old age. That is the reason the children and youths right from the school are taught to live a healthy life, so that they can avoid the disease altogether. 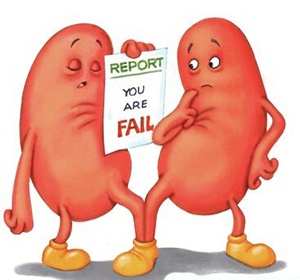 Youth these days tend to go for the drinking and drugs, sometime due to peer pressure and while at the other time to achieve the ‘temporary solace’ from the world.It can also be genetic at times; the genetically inherited kidney failure is also known as polycystic kidney disease.
But there is no need to worry as nature has provided the human race with effective herbs that works wonders in keeping kidney healthy and fighting various kinds of ailments that can lead to kidney failure.

Some of the effective Ayurvedic herbs for kidney failure are as follows:

Given below are some of the ways which if applied on the daily basis can help a person to maintain a healthy kidney and protect it from any kind of disease altogether.

5 Health benefits of Mint Herb everyone must know

10 Medicinal benefits of Drumstick tree which will amaze you