Endometriosis is considered as one of the most chronic disease as per Ayurveda. It comes when toxins (ama) accumulate in tissues and start disrupting the delicate balance of the tissues. According to Ayurveda, endometriosis is due to disturbed or altered Vata dosha, mainly Apanavatavikara, is a subtype of Vata dosha which is responsible for the downward elimination of urine, faces, flatus, and child birth and menstruation blood. It can be treated with the help of Ayurvedic treatment. There are numerous herbs present in nature that have properties to balance hormones for example shatavari, Ashoka etc. These herbs have ability to maintain a perfect balance that resolves the situation without causing any side effects. Endometriosis is not cancerous but abnormal growth of anything is known as "cancerous" in Ayurveda. Ayurveda has different ways of looking at things. Ayurveda provides different herbal treatment for various diseases like tumors, cancers, adenomas, swollen lymph nodes, growths, and hyperplasia. 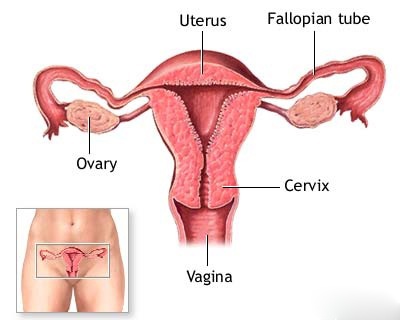 Endometriosis is a female health disorder in which endometrium (cells from the lining of the uterus) start growing outside the uterine cavity. Endometriosis most commonly involves ovaries, fallopian tubes and the tissue lining pelvis. In rare case, endometrial tissue may spread beyond pelvic organs.

The exact cause of endometriosis is unknown. But some of possible cause are explained below:-

In this case, hormones promote transformation of peritoneal cells (cells that line the inner side of peritoneum) into endometrial cells.

Signs and Symptoms of Endometriosis

The primary symptom is pelvic pain associated with menstrual period.

Common Signs and Symptoms May Include

It may involve Pelvic pain and cramping that may begin before your period and extend several days into your period. It may also have lower back and abdominal pain.

According to Ayurveda, there are various herbs which are able to balance hormones. These herbs do contain different female hormone precursors. For example, the herb Ashoka contains analogues and precursors of female hormone estrogens in the form of phytoestrogens. The other plants like Shatavari hassimilar actions. Curcumin is actually a natural pain relieving, inflammation reducing, anti-cancer herb.
Medicines include usage of herbs that help strengthening the immune system which in turn helps the glands function properly and create a hormonal balance. There are good herbal remedies for Endometriosis explained in Ayurvedic medicine. Most useful herbs are Shatavari, Ashoka, Lodhra, Aloe vera and Arjuna. Few herbs are explained below:

It is a famous herb used for the treatment of various ailments like pain, osteo – arthritis and muscular pains. It is used as a substitute to modern pain killer medicines. This plant contains anti-inflammatory terpenoids called boswellic acids. It suppresses the growth of inflammed tissues in Endometriosis as well as prevents the breakdown of the surrounding connective tissues. It is found throughout India and used for many herbal preparations like Boswellia Curcumin Capsules.

Primarily it is known as reproductive tonic (for both males and females), a demulcent for the digestive system, and a powerful Adaptogenic. It is a wonderful Rasayana (rejuvenator) that promotes physical and mental health in females. It pacifies vata and pitta doshas in body. It is used widely in Ayurveda for its rejuvenating property. It also contains antioxidant compound ‘Racemofuran‘ which has ability to regularize female hormones and gives strength to female reproductive system. It is beneficial for all stages of a woman’s reproductive cycle, from menarche (start of menses), supporting the female system through menses, ovulation and fertility, uterine strength during pregnancy, child birth and ample lactation (flow and quantity of milk), and hot flashes, irritability, irregular memory and dryness during menopause. It is useful in preparation of various ayurvedic preparation like Female Health Support Capsules and Shatavari Capsules.

It is very beneficial to manage menstrual disturbances.It helps to regulate the female menstrual cycle and relieves menstrual pain. It Works very well on female hormonal system. It is useful in the preparation of Female Health Support Capsules and Pradrantak Churna.

This herb is quite effective incase of excessive menstruation, painful menstruation and delayed menstruation. According to Ayurveda, vitiation of pitta leads to heavy bleeding. Due to its cooling (sheeta) and light (laghu) properties it pacifies pitta. It is beneficial in all gynae problems. It is useful in the preparation of Female Health Support Capsules and Pradrantak Churna.

10 Medicinal benefits of Drumstick tree which will amaze you